Brian is a 45 year old Firefighter/Paramedic living in Ohio and joined the fire service after being a television production specialist. He’s been into fitness since he was 14 years old and has also been DJing just as long. Being featured four times in the world famous ‘Hunks and Ladders’ calendar, Brian hit a personal achievement aesthetically by dropping his body fat percentage to below seven percent. When he’s not fishing, hunting or painting, he aims to inspire the younger generation of firefighters by proving that fitness is key to survival.

Who wins in a fight, a blind tiger or a miniature lion?
A blind tiger would beat a mini lion because the blind tiger still has its strength and bigger teeth.

How many donuts can you eat in one sitting?
I can eat a legit half of dozen donuts before I’m completely miserable.

Do you believe in Bigfoot?
I believe in Aliens not Big Foot! I’m just saying there’s a little more evidence! LOL

High reps or high weight – which do you prefer?
I prefer high reps I’m getting older and the high weight isn’t good for my joints anymore I want to retire and still be able to walk.

Do you lift for aesthetics or for strength?
I lift for both aesthetics and strength i like to look good but still be able to do my job.

Do you prefer plates & weights or ropes & balls?
I prefer plates and weights because in my line of work is so dynamic and physical that I need to be able move heavy loads at moments notice.

What motivates you?
I’m motivated by the fact that I’m 45 years old and I’m able to still train at a high level I do. And I’m also motivated by people who say I motivate them into fitness. 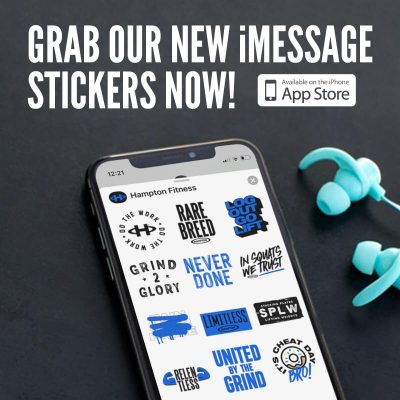