This month’s interview is with Kyle Brown-Lathym. Kyle was just featured in Men’s Health. After being in an accident, Kyle found himself unable to do his physical therapy and eating in a way that was causing him to pile on 95 lbs. in 4 months. His highest weight was at 395 lbs. When Kyle decided to turn things around he was able to lose 200 lbs. in just 2 years. Please take a look at the interview with Kyle below!

Q: When you first began gaining weight you said that you had suffered an injury that caused you to gain 95 lbs. over a 4-month period. I think that gaining weight after an accident is more common than most people know. It can be traumatizing to be made so immobile. Both because of the limitations and because of the lack of endorphins that you would usually get if you had been able to move around a bit. Can you describe a bit of your experience with that? And what it really took for you to pull out of that. Sometimes the first step out of it is the hardest!

A: It really was a vicious cycle. I found myself stuck eating for comfort and using it to escape my mood because I was in pain and immoblized by my injuries. I didn’t understand the way that sugar stimulated the pleasure centers of the brain the same way that cocaine and heroin do. I was stuck on a rollercoaster with those same type of cravings and withdrawals that addicts have because the brain gets addicted to sugar and its effects the same way. I would have to eat more and more to try and get the same feeling but it was just never enough and I always felt worse when the crash came. When I finally learned what was happening I took drastic measures and cut sugar out of my diet except for natural sugars from whole foods, like fruit. Nothing dried or concentrated. The first week was pretty hard but as I stuck with it and got more and more acclimated to more stable blood sugar levels my energy started increasing, my weight started dropping and exercise became easier. After about 3 weeks I didn’t even have the sugar cravings and still don’t.

Q: You mentioned your addiction to sugar. I can relate. I know that I have a fairly unhealthy relationship to sugar and always envy those that can walk away from the Red Vines after taking only 1. I don’t think that people realize how serious sugar addiction can be and how quickly it can snowball into diabetes, serious mood-swings, fatigue, weight gain, etc. What was that first week like for you quitting the soda?

A: The first 3 days after going cold turkey I was in a horrible mood, I was super irritable, I had a 3-day headache. Those symptoms tapered off and were gone by the end of the week. I learned later that if I had been taking cinnamon extract supplements it helps to curb the cravings and withdrawal symptoms because of how it mimics our body’s insulin in the blood.

Q: You said that your workouts contain about 20 minutes of cardio but work the other hour on strength-training and building muscle. I think that many still believe that you have to be running in order to lose weight. People tend to underestimate just how effective weight training can be.

A: I have learned a lot through my journey. At first I was just doing cardio, but was on a diet that was keeping my body in ketosis to activate my body’s natural response to burn the stored fat for energy. It was effective for burning fat when I was as large as I was but I was still weak and was not putting on lean muscle (which I learned 1lb. of muscle burns anywhere from 5-7 times the amount of calories vs. 1lb of body fat) so it just made sense to start building more muscle to help increase my metabolism naturally and to burn more calories daily. I do still do cardio but now I do it after my weight training. I have also learned that if a person does cardio before they lift it actually uses a lot of the stored glycogen in the muscles and doesn’t allow for the best results when weight training. So now I only do it after or on my “off” days and have seen an increase in the amount of muscle that I have been able to put on and maintain.

Q: I am sure that your journey is an ongoing process. One that you will work at every day. What advice would you give to others who are feeling like they can never take that first step?

A: I would just tell them that they owe it to themselves to put their health and wellness first. People have a tendency (like I did for so long) to make excuses about how all the outside forces around them dictate what they can and cannot do. Like kids, work, projects, hobbies, injuries, and everything in between. But the reality of it is, is that the ONE thing that you have COMPLETE control over in your life is what you are doing for yourself. Nobody else can control that. You are the one making the decisions of what you put in your body and what you are doing with your body. I am not saying that people have to train for an hour on day one but real change starts with just that, MAKING A CHANGE. You can’t expect a different result if you keep doing the same thing over and over. They owe it to themselves to start with one small goal and to see how rewarding it is when they achieve it. That is how I started. I didn’t try to lose over 200 lbs. at one time. I tried to lose 1lb. 200 times. When I realized that I was in control of those decisions and actions and that all the small battles won added up to winning the war that was the real magic I found within myself that I want everyone to have. Self-love and belief in yourself is a very powerful thing. Find your spark and figure out how to fuel it. When that fire ignites and you keep feeding it with the positive momentum and energy of achieving your small goals the sky really is the limit.

Q: What’s next? A future in the fitness world? Ever think of opening a gym or creating your own program?

A: I have actually just started a job with a fitness company where I get to help start people on their journey to success. I get to not only share my story with them and give them first-hand experiences and advice, I am backed by the most knowledgeable men and women I have met! I LOVE it! I am working toward getting my National Academy of Sports Medicine (NASM) Personal Training Certification as well so my knowledge and expertise with my new found passion and lifestyle can help as many people as possible. I just know that whatever path I continue down it will be one where I help people with their fitness goals and to continue building up my own body to make it the best it can be. I just want everyone to see that they really can make their life better by investing as little as 20 minutes a day toward their health.

Kyle, thank you so much for sharing your story. It will surely inspire others who are looking for a way to get motivated. You can follow Kyle on Instagram @thevanitybear. 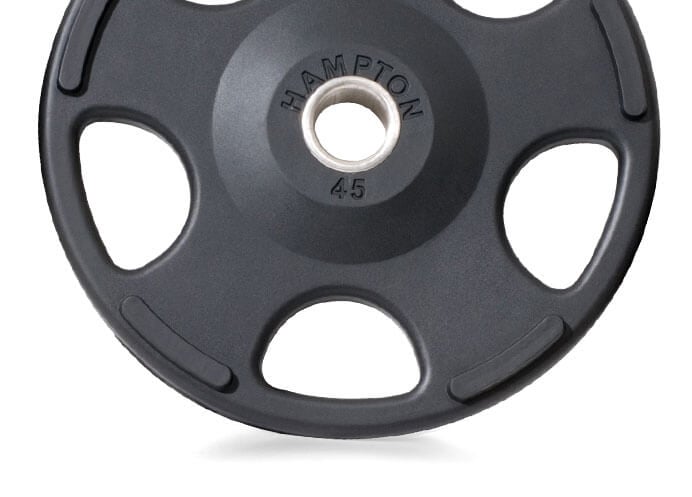